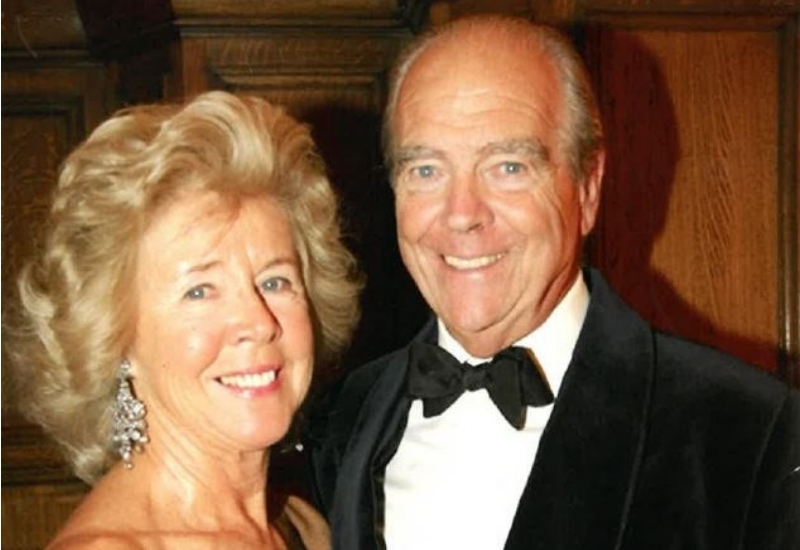 During this series of blogs, the Dundas teams will be highlighting what their working day entails at the Castle. They will also be providing hints and tips to their clients who are planning events. To open the series, the owners of Dundas Castle, Sir Jack and Lady Stewart-Clark will touch upon how they have developed the Castle into a five-star venue.

Dundas Castle has been in the Stewart-Clark family since 1899 when it was bought by Sir Jack’s great-grandfather. When Sir Jack inherited the Castle in 1996, the Keep and Castle had seen better days. ‘My parents moved into Dundas in 1938 but then the war was declared soon after. As Dundas has such spectacular views of the Forth Bridge’s which was to be protected at all costs, the Castle was commandeered by the Balloon Barrage. After the war, my parents returned but life had changed. They lived in a small part of the Castle and sadly my father died at just 68. My mother lived here until she was nearly 90 but I’m afraid the Castle was allowed to get very run down.’

‘We had dry rot, wet rot, holes in the floors and gutters leaking everywhere. After many discussions with my wife, we decided we would try to refurbish the Castle and turn it into an events venue. We decided to begin the restoration in the Auld Keep, it had no heating or electricity and many of the windows were smashed. We set out to make it wind and water tight, put in electricity, heating, a main kitchen and toilets. During the renovation we discovered a secret staircase, we unblocked this access and also reinstated the original fireplaces.’ At this point, the Auld Keep was ready to welcome wedding couples to say their vows in the romantic Great Hall.

The next stage of work focussed on the main Castle. ‘The Drawing Room, Library and Croquet Room had their dry rot removed and were all re-decorated. My wife is a talented interior designer so she created new colour schemes and transformed them into luxurious, yet traditional rooms. I wished to retain the sky-blue in the Drawing Room, whereas my wife would have preferred a different colour. We compromised and settled on a beautiful duck-egg blue. In the Library, the original silk was peeling off the walls but we managed to find a company who could supply new silk in the original colour and pattern.’

The final stage of restoration was in the Castle bedrooms. ‘The first big problem was that there were only two bathrooms in the whole Castle! By changing some of the original bedrooms into bathrooms there are now a total of 17 bedrooms throughout the Castle and Courtyard, with all having an en-suite bathroom bar one. My wife restored some of the original furniture to be used within the bedrooms which all have a unique design and theme.’

‘Over the years following the main restoration, Dundas has had continuous maintenance and new areas of the Castle have been developed to be used for events. The Castle now has a boardroom called The Beehive and a permanent Pavilion on the front lawn that can hold up to 200 guests. We have recently invested in a major new biomass system which gives central heating to almost all the rooms in the main house and to the main chambers in the Auld Keep. This makes us by far the warmest and cosiest castle in Scotland!’

‘Having an events venue is hard work and there is a lot of competition but I am fortunate to be supported by an excellent, hardworking and creative team. We have seen a number of different trends and changes to the wedding industry and have grown into a number of event sectors over the years. We now host events at the Castle for an average of 180 days of the year. This includes weddings, corporate events and private residential stays. Even with this number of events, Dundas Castle is still, primarily a family home and our permanent residence alongside our two golden retrievers, Bark and Beech. Our children and grandchildren also join us for special times each year such as Easter, summer holidays and Christmas’.